by RantsByGbemi with 2 Comments The Becoming

Chinese Bamboo: Growing up, I experimented with planting – beans, corn, tomatoes, pepper and much later even pawpaw. It was pretty straightforward – plant some grains/seeds where there’s sunlight, water them and in a few days or weeks, watch the first few leaves sprout. I guess that the thrill for me was watching them come to life and going on with the fulfilment that I had “created” something, so to speak.

Years later, I would come across Chinese Bamboo in Paulo Coelho’s Aleph. Unlike other plants or trees, when the Chinese Bamboo seed is sown, you see nothing for about five years, apart from a tiny shoot. Everything else that grows is underground – a complex root system reaching upward and outward is being established. Then suddenly, at the end of the fifth year, the bamboo shoots up to a height of twenty-five meters. I wonder if as a child I would have been able to wait five years for a silly plant to grow, when I’d have been eating pawpaw and harvesting tomatoes in that time. It would have been a waste of space and energy, and maybe I would have tried to uproot it. It would have driven me crazy.

And it still does.

I think we’re the “speedy” generation. Unlike our parents who probably worked in only one or two places most of their careers, our own measurement of progress is defined by movement. We don’t want to be stagnant so we don’t stay too long on one job. We get into relationships and get out, or we get married and divorce and move to the next one. We move from one house to another, make new friends and do all we can to convince ourselves that we are making progress. While in reality, some of these changes are necessary and taking us closer to our dreams, sometimes, all of this motion is just what it is- motion, not movement.

Last week was my second year anniversary (a la LinkedIn) on my current job, the longest I’ve ever been on one job. A friend joked that it was a lifetime and honestly, it feels that way sometimes. I’ve lived in the same house, dreamed the same dreams and just gone through motions for 2 years. There’s so much that I’ve seen happen in two years – people have gotten Masters Degrees and other qualifications, people have gotten married and had children, people have gotten in new relationships and gotten engaged, gotten new jobs and moved on. And even though I wish them well and I try to be available and show support along their life’s journey, it doesn’t necessarily help to come back from playing Wonderwoman and see that my life is exactly what it was the year before. It doesn’t also help to try to explain to people that you’re on the same spot because you’re waiting for something to happen – a certain something that you can’t even put a finger to.

I love “Orange is the New Black” and I admit that the first line that jumped out at me is from the theme song “You’ve got Time”- taking steps is easy, standing still is hard. I always read “Be still and know that I am God” and thought to myself “I’m a calm person, I have no problems being still”. The past two years have taught me what being still is. Being still is David in the Bible being anointed King of Israel and having to wait years till Saul dies before he would reign. It’s having the chance to kill the only person standing in his way and still choosing to do the right thing – wait for the One who promised to perfect it. Being still is when Hannah cried like a drunk woman at Shiloh and Eli saw and blessed. The Bible says her countenance was lifted and she went home. Being still is Abraham waiting for over two decades between the first promise and the actual manifestation of the seed, Isaac. There are no shortcuts to being still, ask Sarah about Hagar. Being still is trusting every single word that God has spoken and is speaking, and trusting Him to direct us. Being still is knowing that the Owner of the cattle on a thousand hills always, always come through and we can still hold on, being certain that He will open windows in heaven if He has to.

Being still is hard, but I don’t know of anyone who ever went wrong waiting for God. Besides, who decides what is right or wrong or what is good or bad? Everything that happens to us, regardless of how we see it is shrouded in God’s goodness; it always ends well regardless.

Be still. Be deeply rooted. 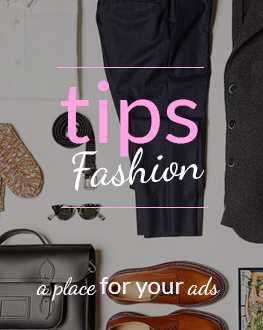